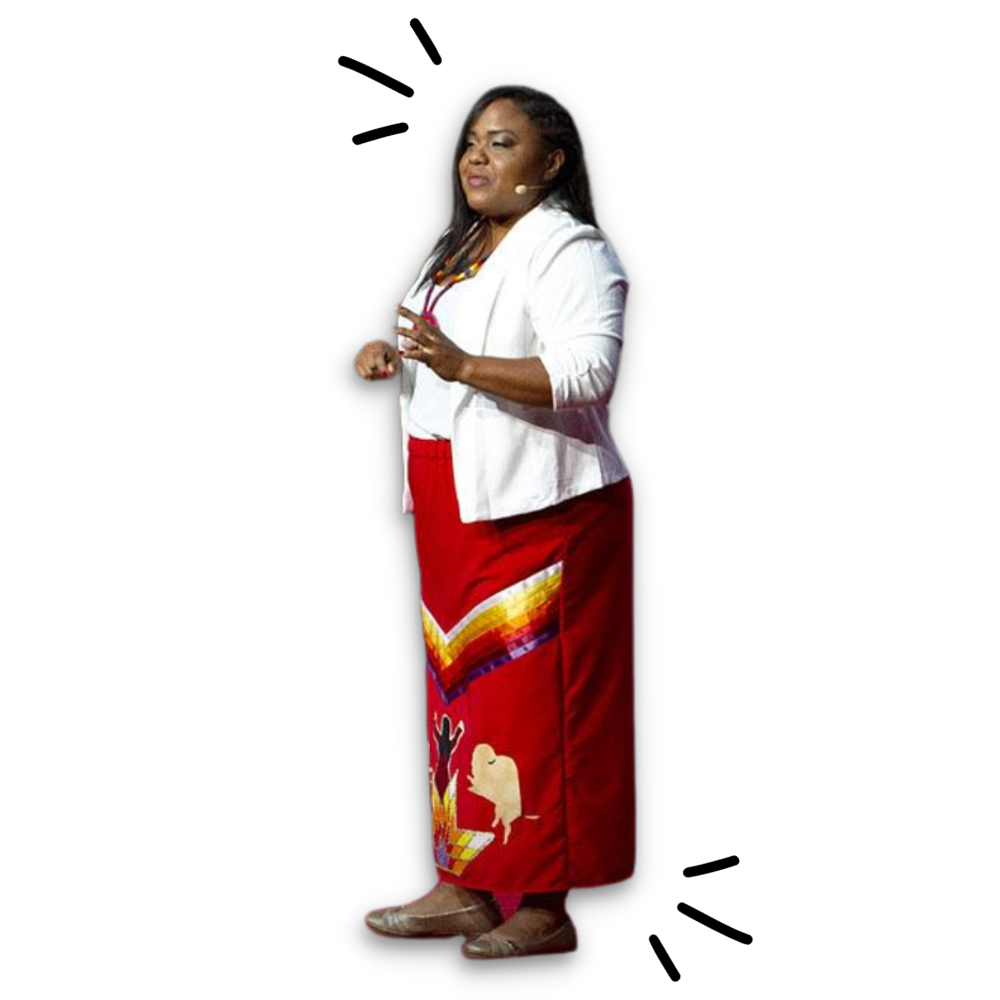 tai simpson is “The Storyteller" in the Indigenous language of the Nimiipuu Nation (Nez Perce Tribe of Idaho).  She is a direct descendant of Chief Redheart of the Nez Perce tribe and a tireless advocate for social justice who lives and works in the Boise, Idaho area. Her insight into politics and social justice work are invaluable in schools, business events, and community leadership.​

tai’s academic background is in Political Philosophy & Public Law at Boise State University where she served as the Vice President and President of the Intertribal Native Council student organization.  In the community, she serves as an organizer and advocate & director of social change.​ tai believes indigenous “old ways" need to come back in style. The old ways are principles on which many Indigenous communities build their social and political narratives. As an antiracism activist and community leader, she uses contemporary and traditional Indigenous storytelling to depict the lens of “old ways” and how it is used to protect the sacred, build strength in the community, and keep nature in balance.
‍
She speaks with authentic conviction on issues afflicting minioritized communities including race, Missing & Murdered Indigenous Women & People, and the intersections of oppression facing the United States.  Her appearances and interviews can be found on Boise State Public Radio, TEDxBoise, and several news outlets.

From her storysharing with Dr. Angela Davis to her countless keynotes—between and beyond—tai offers compelling and resonant bookings for beloved community.

She also carries a long-nurtured wisdom about collective and total liberation, so tai offers consultations with people who are hoping to expand their awareness, accountability, and actions in social justice movements.

tai is dedicated to restoring and uplifting minoritized people's wellness and thriving.

Whether she is supporting families across Idaho's reservations, providing resources for Black youth, or redistributing resources to the frontlines communities which are most in need of help, a donation to tai becomes a donation to beloved community.

If you want to support tai's impact, of if you want to donate to Idaho's frontline communities but aren't sure where to give, you can pass along funds here.